Retrospective by Nutshell Dance premiere announced September 2013
Mari Frogner has sent us this exciting update on the Gane Award we gave her in May:

“I am incredibly grateful for the support from the Gane Trust. The money from the Trust together with support from Roehampton University allowed me to start creating Retrospective, my first full length dance work.

Retrospective deals with topics of adolescence – unknown emotions, budding sexuality, insecurities and unfamiliar identities. I explore these topics from a very personal place, combining my Scandinavian point of view with my current perspective as a choreographer working in a world where female voices are scarce.

As the process has gone along – the project has attracted more support and is supported by Wandsworth Council, the Royal Norwegian Embassy and with public funding by Arts Council England – and will premiere at the Blue Elephant Theatre in Camberwell on October 29th 2013.” 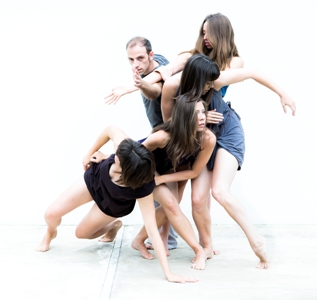