2014 City of Bath College Craftsperson of the Year Award: Alec is No 1

Alec is Number 1!
Level 2 student Alec Harwood showed considerable skill and focus to fulfil all the questions asked of him and win the first ever Gane Trust Craftsperson of the Year Award in Carpentry and Joinery, at the City of Bath College.

This is what brought Alec the award:

All credit to Alec – we are delighted to present the award to a worthy winner: this takes place on 23rd October.

“Firstly I think it was great to have an additional sense of drive with the incentive of competing among fellow students and also a prize for who ever came out in top. Having the challange of creating good pieces of work along with developing myself as a carpenter and helping other in the classes to do the same. It also pushed me to spend my own time and make time for charity work and doing work for no return other than job satisfaction or just helping out. I think the competition.was a great idea and will be excited to be a part of it next year!”

Picture: Alec and an example of his work, with courseleader Paul Gilmore 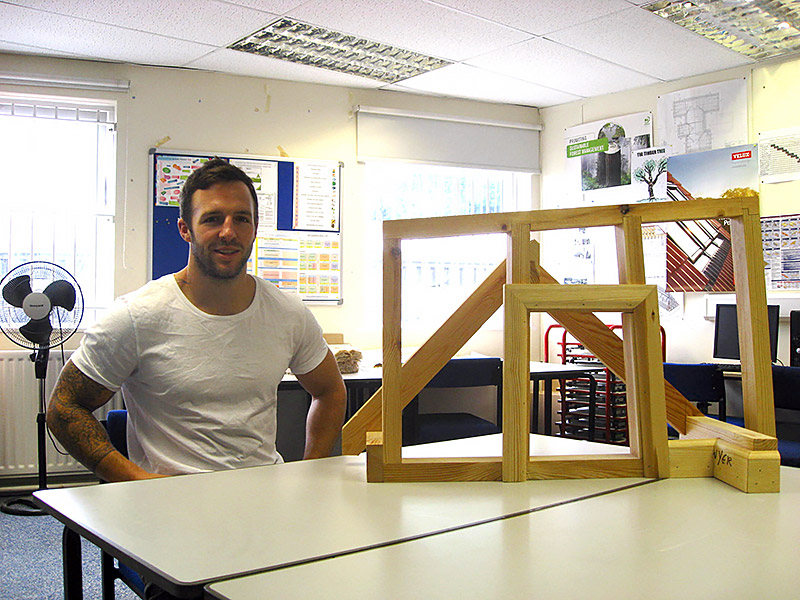