Media bias in terms of how Africa is perceived was one of the main factors that influenced film student David Anga’s idea for this project. He observed that the mainstream media portrayed the continent in a one-dimensional way as opposed to independent media. He therefore set out to make a film using his motherland Nigeria as a case-study not necessarily to oppose but to counter-balance the typically negative stereotypes. The project tested his skills as producer, director, camera and sound operator, giving him many challenges. The timing meant that he was able to stay active during the summer period, utilizing the gap between Year 2 and 3, taking on a professionally anchored brief, remaining proactive and creatively engaged, further developing his skills and experience so that he then returned motivated to take on the final year, to which his project materially contributed. He feels the process “has really got me clued on through the numerous production experiences I have gained through-out and (on completion) has also provided me with an international film that I can add to my accolade as a professional.” 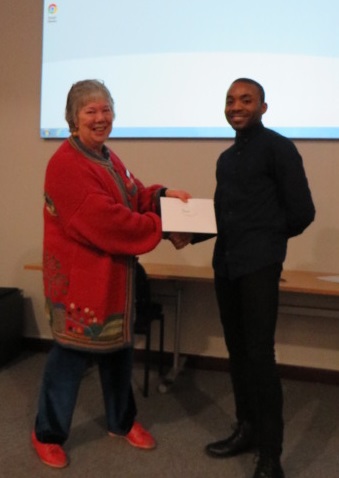